You are here: Home / Coaching Philosophy / Don’t Become Your Beliefs

We’ve all seen the blogs, vlogs, and podcasts…two “experts” talking about differing viewpoints; both fully vested in his/her beliefs.  They debate passionately and fiercely.  One brilliantly strategized attack followed by a beautifully planned defense.  Soon it becomes similar to watching Floyd Mayweather lean, roll, and dodge punch after punch while backed into a corner then plant a hook at the perfect time and with perfect precision. It becomes so heated that the original purpose (if there was one to begin with) is forgotten.  Now it’s about winning and losing.

But why does this seem to happen so often?  Why is it so difficult for people to have differing viewpoints and still maintain respect and an open mind?  Why is it so hard to seek first to understand, then to be understood when faced with a belief that contradicts our own without getting defensive?  Why can’t we talk about the carnivore diet vs a vegan diet? Why can’t we talk about religion or politics at Thanksgiving dinner?

In my opinion, the problem has to do with the inability to separate thoughts and beliefs from identity.  This separation is key because it provides a degree of protection.  Don’t be “the keto guy,” be a guy who favors keto.  Don’t be a “conservative,” be someone who believes in conservative viewpoints.  Don’t be a vegan, be a person who lives a vegan lifestyle.  Don’t be a Slytherin, be a wizard who was sorted into Slytherin.

Today we’re going to talk about why this separation is so crucial for every relationship and interaction we have and why it seems so difficult to implement in our lives yet so fundamental and second nature in business.  We’re also going to talk about why more investment leads to a stronger fight and how one can simply understand without necessarily agreeing.  Finally we’ll dive into some examples of what it would look like if other professions made this same destructive mistake.

Why Is This Separation So Difficult? We Do It In Business All The Time!

Too many times we invest (sometimes emotionally and sometimes financially) in a thought or belief and allow our sense of self worth to become one with the idea.  This is problematic because when the time comes, it is no longer just a thought or belief being challenged…now it’s YOU being challenged.  Very few are capable of achieving the separation, which is interesting considering that we do it all the time in business.  Let me explain…

In business, we separate ourselves from our businesses using something like an LLC or corporation, which ensures personal protection if the business were to be challenged or threatened (keep in mind that this is an oversimplification and I am by no stretch of the imagination an expert in business law). Basically, an LLC protects personal self worth from the affairs of the business by making two separate entities, where one cannot impact the other.  No matter what happens to the business, the individual remains at least somewhat protected.

The process of separating yourself from your thoughts and beliefs offers similar protection as an LLC.  So here’s our analogy:

-In life (the personal): personal identity, sense of self

-In life (the entity): thought or belief (keto is best, conservative/liberal, religious beliefs)

Understand that just like a business, the more we invest into a thought or belief, the harder we will fight to protect it, even beyond what is logical. There are many forms of investing such as time, money, and even entire careers.  If an individual invests half of his/her life and a few million dollars into a supplement business centered around “keto-friendly” products, you can be damn sure that he/she will defend the dogmatic narratives behind those products even if it means ignoring the emergence of new evidence.  By accepting the opposing views, he/she is risking all that has been invested as well as the success of product sales, continuing education courses, book sales, and overall career prosperity.

So for example, when new, high quality evidence comes out showing that type of diet is less important than adherence to a diet, our friend mentioned above has two options:

Option 1: He/She can accept with an open mind that the best current evidence suggests that a ketogenic diet is no better than any other tool used to get into a caloric deficit.  This peaceful and inquisitive acceptance may possibly prompt a change in the marketing narrative from “Everyone needs keto!  Here are our keto-friendly products!” to “Keto may be favorable for some and if you’re one of those people, here are some keto-friendly products!”  Everyone wins and all are enlightened.

Option 2:  He/She ignores the mounting body of evidence, takes the information as a personal dig, and resists as if fighting off an oncoming army.  The individual posts a misleading viral pro-keto infographic based on smaller lower quality studies, writes a pro-keto book based on anecdote that gets promoted on the Rachael Ray Show and Good Morning America, creates continuing education courses on the health saving benefits of keto, starts a podcast that turns into an echo chamber with guests who confirm the keto bias…the list goes on.

Option 2 poses two major risks.  First is the fact that the individual is limiting the information he/she is consuming, and therefore limiting enlightenment and growth of knowledge. The second risk is spreading to others the misinformation gained from the first risk.  As the saying goes, “Being ignorant is like being dead…it affects everyone else and you’re not aware of it!” Those who choose Option 2 don’t always think they are putting out misinformation.  Sometimes, they feel they are doing what is right for the masses. As I’ve said before, “more than the people who know they’re wrong yet continue to spread misinformation, I fear those who don’t know what they don’t know and actively (and genuinely) try to help and be of service to others.”

Understanding Does Not Mean Agreeing

I can listen with the intent to understand as someone explains that the world is flat, but that in no way means that I agree.  I can confidently listen with empathy and express my understanding with phrases like, “So you believe the world is flat, is that correct?” “And you feel that way because when you look at any horizon, it is clearly a straight line, is that correct?” “And as far as the photos from outer space, you feel as though those were fake and we never actually entered space, is that correct?” “I totally understand why you believe the world is flat.  Clearly, every horizon is a straight line and there is no actual physical proof of what the world looks like since it is your belief that we never made it into space.  I understand why you think the world is flat.  Thank you for sharing.”  Nothing about that interaction changes my belief, threatens me, or says that I agree.  I am taking the words for what they are…words!  They do not reflect anything about me.  If we do not have the ability to listen without getting defensive or offended, that’s on us and no one else.

Kerry Patterson so beautifully notes that those who are best at dialogue understand that, “they’re the only person they can work on anyway.  As much as others may need to change, or we may want them to change, the only person we can continually inspire, prod, and shape – with any degree of success – is the person in the mirror.”1

Is This Separation Really That Important?

If you still don’t think separating ourselves from our beliefs is absolutely critical, let’s imagine it in other professions.  Imagine going in for surgery and not receiving anesthesia because the surgeon hasn’t bought into the whole anesthesia idea and has his/her identity wrapped up into performing surgery without anesthesia.  He/She is actually nicknamed the “No Anesthesia Doc,” which just so happens to be the name of his/her new best-selling book. Or imagine if the major car manufacturers of the world were making vehicles powered by horses because the owners were financially invested in the horse business.  Or if hospitals refused to catch on to the germ theory because the head doctor at the hospital just released dates of a worldwide tour of a multi-million dollar continuing education course for medical professionals about the benefits of using leeches and bloodlettingto cure disease.  It is clear that when experts refuse to separate themselves from thoughts and beliefs and lack the confidence and security to change, the results can be quite severe.

Let’s Wrap It Up

As previously mentioned, an LLC separates the person from the business to offer protection if the business were to be challenged.  If we do the same in our own lives, our self-worth and identity will be protected when our thoughts and beliefs are challenged. Until we have the security to separate our self-worth from our belief system, we will eternally take differing opinions as personal jabs.  We will be in a constant state of dodging attacks and planning our own, which is not an environment conducive to enlightenment, growth, or effective communication. Don’t dismiss other sources due to closed-mindedness.  We wantdisagreement and conflicting ideas so we can come up with the best interpretation of reality.  As the saying goes, “If two people feel the same way, one of them is irrelevant.”

Second-guess every belief or belief system that you have.  Things are always changing. Research is always changing.  What is 100% true today is only our perception, interpretation, and belief and can be completely changed tomorrow. This is how we grow and improve and without an open mind, the process does not exist. It has been said that, “What is now proved was once only imagined.”  Be open, listen with intent to understand, show empathy, and most of all…learn. 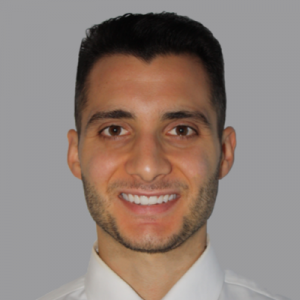 Nick believes in giving himself to others in an attempt to make the world a happier, healthier, and more loving place. He wants to give people the power to change their lives. Bodybuilding and physical therapy just act as mediums for carrying out that cause. Nick wants to be an impactful and positive resource from which his younger self would have benefitted and of which his older self would be proud.  Love. Passion. Respect. Humility.  Never an expert. Always a student.  Love your journey.

Life is filled with triumphs and failures. We are not defined by these events, but rather the choices we make when faced with them. Natural bodybuilding is about choice. It is not our place to judge … END_OF_DOCUMENT_TOKEN_TO_BE_REPLACED